HomeNewsBenefits of the Standardization of Change Management Processes

Benefits of the Standardization of Change Management Processes

“Embrace change. True success can be defined by your ability to adapt to changing circumstances.” – Connie Sky

Change management can be an energy-intensive exercise. Once project documents are officially distributed, any subsequent alterations to these documents are usually done in accordance with AIA (American Institute of Architects) official processes. Many of us are familiar with these in the form of RFIs (Requests For Information), ASI (Architect’s Supplemental Instruction) and drawings simply issued as an official “Addendum”. There are processes in place by the project team that, when followed, allow for the entire team to be kept abreast of any desired design changes and then given an opportunity to advise if there are any cost impacts or not. These alterations to the project documents are only to be considered as in the scope of the project after being officially approved. 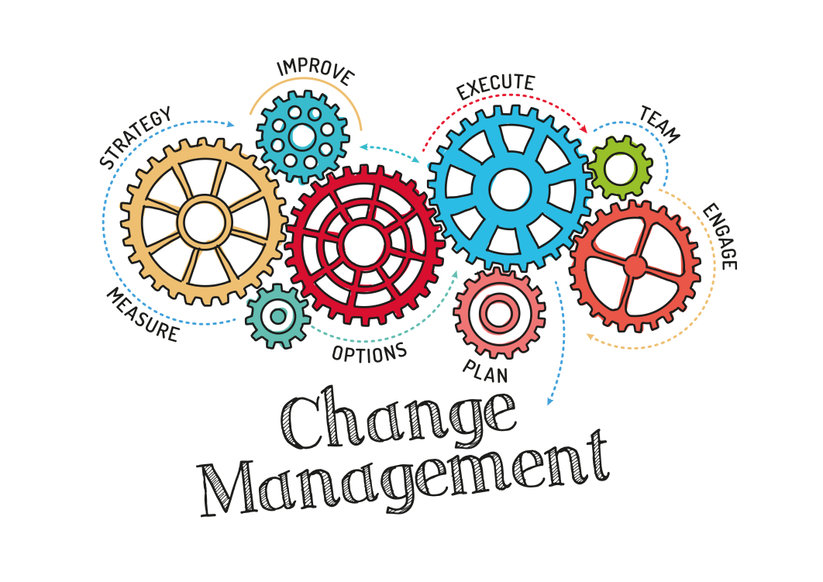 EAB was awarded the commissioning contract for a local school district. Included in the scope of commissioning was full verification of the HVAC sequences of operation for all equipment. Unbeknownst to the project construction team (the school district project management, design team and the general contractor), the district facility operations group communicated directly with the control vendor and requested that they replace the sequences of operation provided in the project documents by the Engineer of Record (EOR) with altered sequences (provided by the facility group). This request by the district facility operations group was made well after the BAS controls submittal was approved by the EOR. The control vendor, wanting to appease the Owner with whom they had a service contract, immediately incorporated all of the changes into their BAS programming. Once the commissioning team began functional testing these BAS program alterations were uncovered and brought to light to the project team.

Why is standardization of change management processes important?

The rationale for the district making these changes was a desire to have similar energy conservation measures present throughout all campuses in the district. This in and of itself is an excellent idea; however, the means by which this desire was implemented on the project proved rather problematic.

Secondly, not all of the HVAC functional testing scripts, which were custom written to adhere to the published sequences of operation of the project documents and approved controls submittal, matched the installed conditions of the BAS programming, either. As a result, during testing these discrepancies were recorded and tracked as issues on the Commissioning Issues Log (CxIL), resulting in lost time.

Once these discrepancies were brought to the attention of the project management team, further testing was put on hold and there began a lengthy set of meetings to determine the root cause and how best to proceed. The general contractor and school district project management team were of the opinion that the control vendor should reprogram according to the originally-issued project documents and approved BAS submittal. The district facility operations group, of course, did not wish for that course of action because they wanted continuity among their campus energy programming. The control vendor, having already programmed all BAS sequences, did not wish to make any changes without compensation. As the commissioning agent, EAB would have incurred additional costs had we altered our testing scripts to adhere to the new sequences of the facility group.

Change management involves the entire project team. The hierarchy of the project team and the associated dissemination of information through official means, if followed, would have prevented the delay to the project and additional costs that were incurred as a result. The desired sequences of the facilities group would also have been implemented. Had the district facility operations group provided these desired altered sequences to the project team as a change request, or better yet, provided them to the EOR during the programmatic phase of the project design, there would have likely been minimal to no cost impacts or delays to the schedule.

The later in the project life cycle changes are implemented, the more significant the impacts are to cost and schedule.

In the end, the district facility operations group did get their desired sequences; but this came at the cost of a delayed closeout of the project and close out of the commissioning documentation. It also came with all discrepancies noted as open items on the official commissioning report for record (as requested in this case by the district).

What if it is just a minor clarification?

There are times when a matter of a simple, minor clarification might be documented from the Owner or engineer of record in the form of an email. And at face value, this might seem sufficient. However, ideally this directing clarification email would be presented as a “confirming RFI”. Pushing this clarification through as an official RFI would enable the entire project team to have official visibility on all sidebar discussions.

Article was written by Dan Eckelkamp.