The History of Independent Laboratory Testing at EAB

It is not widely known outside the critical environment sector of the HVAC industry, but EAB is a pioneer in independent testing of laboratory control systems (LCS).  Our work in this area began in the late 1980s when we were asked by several clients to review the new high-speed laboratory VAV controls systems that were being introduced into the market. At that time, we built a very basic laboratory setup (especially compared to our capabilities today). The setup included a supply fan, general exhaust fan, small chemical fume hood and a fume hood exhaust fan. We developed custom airflow measurement stations for each fan system and a basic control system to operate the fans. At that time, we were trying to prove the systems could control accurately and quickly, but the test setup was primitive.

Fast forward to 2009 when we moved our Houston location, we set out to build a state-of-the-art laboratory facility that could re-define the testing that we started almost three decades earlier.  At this point there were multiple LCS manufacturers trying to break into the rapidly developing basic science research market in Texas. We were approached by one large research client and a couple engineering firms that were working on these projects. They asked for our input on how well these systems performed, because they were getting sales information from all the vendors, but there was no clear head-to-head comparison. We took this as a challenge to develop a standard test protocol that could apply to any laboratory control system to gather performance data that could be used by designers and owners of laboratories. We wanted to not only test static performance of each individual valve, but also dynamically test all valves as a system. Further, we wanted to highlight unique features that may be beneficial to designers and owners such as airflow setbacks, occupancy modes and hood face velocity control. We wrote the test procedure and asked the client and the engineers to review and provide feedback.  We took their feedback and finalized the test procedure that is now the standard in the industry for the last decade. 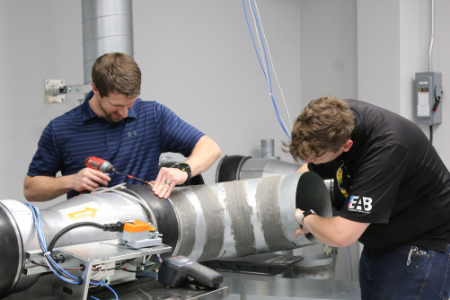 Once we had a test procedure, we reached out to the various LCS manufacturers to gauge their interest in submitting their products for testing. One of the pioneers in the market who had developed the original venturi style mechanical valve and control system was the first to volunteer. We tested their system against our protocol, and we were surprised to find that despite its overall high performance, it did have clear weaknesses. This let us know that we had a good test protocol that would highlight both the strengths and weaknesses of all the available technologies and systems. Next, we tested another major LCS system that utilized direct airflow control versus the purely mechanical venturi in the first round of testing. We began to see where each system and technology had its strengths and weaknesses.

The results of these tests were presented to our client and the engineers who had worked with us to develop the procedure as well as a number of other engineers and owners in the Texas market. Word spread quickly throughout the industry and we were soon receiving calls about our testing from all over the world. This led to more manufacturers wanting to have their systems tested because engineers and owners were specifying our testing for consideration for projects. As we tested other systems, we discovered some flaws with some designs and technologies, but we had the opportunity to work with these companies to make their systems better. We helped various companies with research and development.  They would return to our laboratory to test new designs and controls.

By 2014, we had tested every major LCS system on the market and had performance data that we could present to the design community. We prepared a seminar for the ASHRAE conference and presented our results by valve type and technology, highlighting the strengths and weaknesses that were observed.  This helped us to get even more recognition and awareness for the testing that we performed. 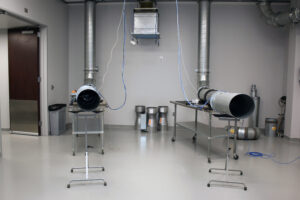 In 2018, we built a new laboratory with larger size and capacity in our new state-of-the-art Training Center. With this lab, we have the capacity to perform fume hood containment testing, tighter pressure barrier measurement and higher airflow capabilities. Since opening our new laboratory, we have enjoyed the opportunity to test new technologies and expand our data that can be provided to the engineering community.

How We Can Help 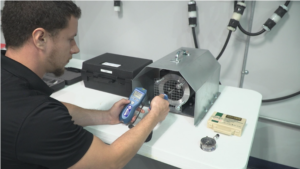 We are often asked by engineers and owners, “What is the best laboratory control system?” Our response is always, “It depends….what is most important to you and your application, speed or accuracy?” Then, we can provide the data, strengths and weaknesses of each system or technology. We are proud to have worked with the manufacturers, engineers and owners in the laboratory controls market to better the industry and provide independent data that can be used for better designs and applications of technology. Have questions? Give us a call.