HomeNewsYou Can Feel The Difference with Daryl Norris

You Can Feel The Difference with Daryl Norris

“Upon graduating high school in 1996, I wasn’t sure what career to pursue. Aptitude testing led me to believe I would have success in the medical or engineering field. Through a chance encounter, I applied to EAB and was hired in 1997. At the time, I had no idea what testing and balancing, and building commissioning fully entailed. This company has allowed me to take advantage of my God given abilities and pushed me to become who I am today. I am blessed and truly grateful to be a part of the EAB team.” 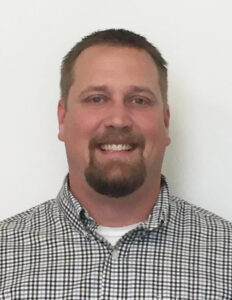 Daryl has been an influential member of the EAB team for the past 24 years. His time at EAB started in 1997, when he was hired during the summer as a part-time Technician-in-Training. In 2000, Daryl transferred from the Houston Branch to the San Antonio Branch as a Technician.

In 2013, Daryl transitioned into a Commissioning Manager role at the San Antonio Branch. During that time, Daryl led EAB’s first project with Texas Tech University. The Texas Tech Petroleum Engineering Building project was successful and created a strong relationship with Texas Tech that paved the way for many more projects in the future.

Daryl became the San Antonio Branch Manager in 2015, a position he holds to this day.

“In my many years at EAB, I would say that the people are my favorite thing about working for EAB. I love working side by side the people who make EAB so great.” – Daryl Norris

In 2002, AT&T Center was one of Daryl’s first large projects as a Project Supervisor, and one of the most significant projects in his career because of what it means to the city of San Antonio.

Daryl’s first project as a Commissioning Coordinator was the Trinity University Center for the Sciences and Innovation in 2011. This was a large project that consisted of three phases. As each phase of the project was complete, certain areas in the building began to be occupied. Significant amounts of planning took place to ensure these areas, including sensitive laboratory spaces, could continue to be occupied during the next phases.

One of Daryl’s most unique projects was The Baylor Scott & White Prokop Vivarium in 2012. Before EAB arrived on the project, three other balancing firms failed to qualify the building to pass state regulations. There were some basic design issues that EAB worked with the engineer to correct. This project built a strong relationship with the owner and the engineer.

Daryl specializes in Building Design and Construction. Over the years, he has become an expert in Environmentally Sustainable Design, and Smoke Control Systems.