HomeNewsYou Can Feel The Difference with Glenn Varner

You Can Feel The Difference with Glenn Varner

“Over the past 40 years, I have enjoyed watching EAB grow into the industry leader in Testing and Balancing and Building Commissioning. I have also enjoyed sharing what I’ve learned from the founders of EAB with the next generation of EAB team members. The founding fathers would be very proud of their commitment and dedication to upholding the core values that will perpetuate EAB into the future. I know I am.” – Glenn Varner

Glenn’s history with EAB starts in 1981 when he was hired as a Field Technician. From this point forward, Glenn became a reliable teammate and an invaluable partner contributing to many different areas in the company. His longevity and knowledge have not only helped improve EAB as a whole but have also improved the industry.

In 1990, he tested one of the first direct digital control systems alongside Earl Underwood at UT Southwestern.

Glenn left a lasting impression on EAB because of the work he did for project safety. In 1999, he helped establish EAB standards for job-site safety. Following this achievement, he became EAB’s corporate Safety Manager for 11 years.

Having a passion for teaching and helping others grow, he served as EAB Corporate Training Manager for 12 years.

Glenn was also an Advisory Board member and Chairman for the Air Conditioning and Refrigeration Technology program at Texas State Technical College.

With passionate integrity, Glenn has worked as a Field Operations Manager at the Dallas branch since 2014.

The Federal Reserve Bank was one of Glenn’s most sophisticated projects. As the project coordinator onsite, Glenn was in charge of the multiple teams needed to deliver an optimum operating facility. 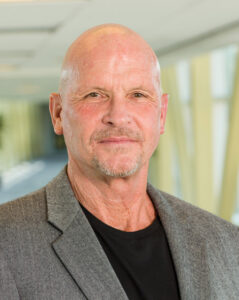 One of the largest projects Glenn has ever worked on was the DFW Airport project. The project was so large that it split the Dallas office in half. The team serviced five areas in the airport: Terminal D, Terminal D Parking Garage, the new 300-room Grand Hyatt Hotel, Skybridge to Terminal C, plus the central plant servicing the entire airport. Glenn oversaw all of these operations.

Another one of Glenn’s largest projects was the One-Toyota North American Headquarters project. Glenn was the Field Operations Manager for the Dallas Branch, and he oversaw all supporting roles and provided solutions to deliver an optimum operating facility.

Glenn feels that a couple of his biggest EAB accomplishments are:

Glenn really is a man-of-all-trades!