HomeNewsYou Can Feel The Difference With Jason Hauska

You Can Feel The Difference With Jason Hauska 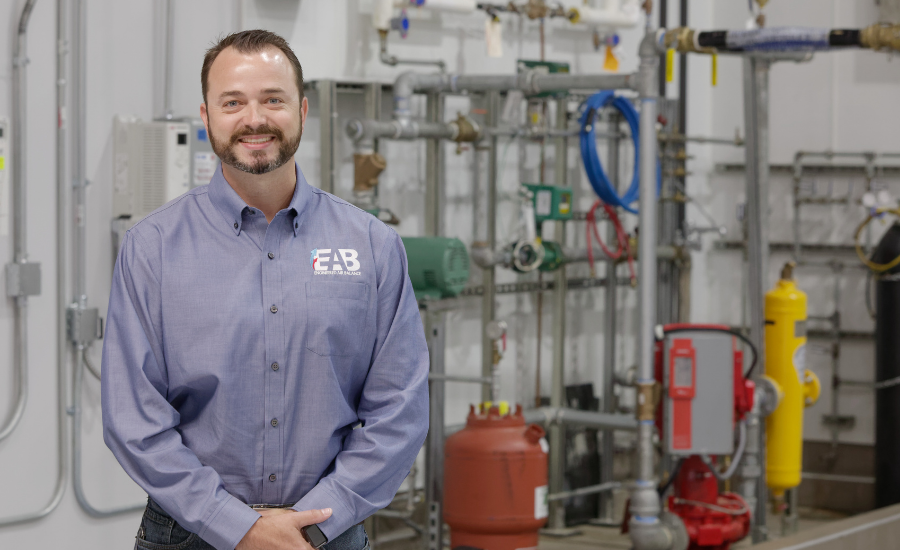 “I love working at EAB because every project is different. I love the daily challenges that we come across, and how we work together as a team to find a solution.” – Jason Hauska

After completed his Bachelor of Science degree in Mechanical Engineering at Tri-State University in Angola, Indiana, Jason relocated from Michigan to Texas and began his career at EAB as a Technician in Training in 2009.

It didn’t take long for Jason to learn the ropes, and within two years, he was promoted to Project Supervisor.

Over the next decade, Jason grew in his technical knowledge, and began leading major large-scale projects.

Jason currently serves as a Senior Project Manager in the Dallas office. During this time, he designed and implemented a plan for utilizing existing systems to provide an additional 100+ isolation rooms specifically for Clements University Hospital. He also maintains strong relationships and oversees multiple healthcare facilities throughout the Dallas metroplex.

It goes without saying that under Jason’s leadership, you can truly feel the difference.

Under Jason’s leadership, EAB completed the impressive 490,000 square foot Baylor Scott & White Medical Center in McKinney, Texas. At the end of the project, our dedicated team provided a 1200 page report in a 3-day turnaround. You read that right!

Jason was part of the project team on the massive 1.7 million square foot Wishard Hospital/Eskanazi Health project in Indianapolis, Indiana. This highly sophisticated project required expert coordination, relocation to Indiana, and took about a year to complete. Because of EAB and the other project team members’ efforts, Eskenazi Health’s downtown campus achieved LEED Gold certification in 2015. The improved indoor air quality was a significant factor in this achievement.

Jason was promoted to Project Coordinator in 2014 and led the project for the UT Southwestern Medical Center Clements University Hospital in Dallas, Texas. This sophisticated project included a 1.3 million square foot hospital and associated thermal energy plant.Jason was promoted to Project Manager in 2017 and oversaw the addition of Clements University Hospital’s 3rd Tower at the UT Southwestern Medical Center.

Jason was promoted to Project Manager in 2017 and oversaw the addition of Clements University Hospital’s 3rd Tower at the UT Southwestern Medical Center. You can read more about this project on our healthcare page.

When asked, “What did you want to be when you were little?”, Jason responded:

“A scientist. I watched Bill Nye the Science Guy as a child, and he inspired me to want to be a scientist. I liked the aspect of curiosity and problem solving.”