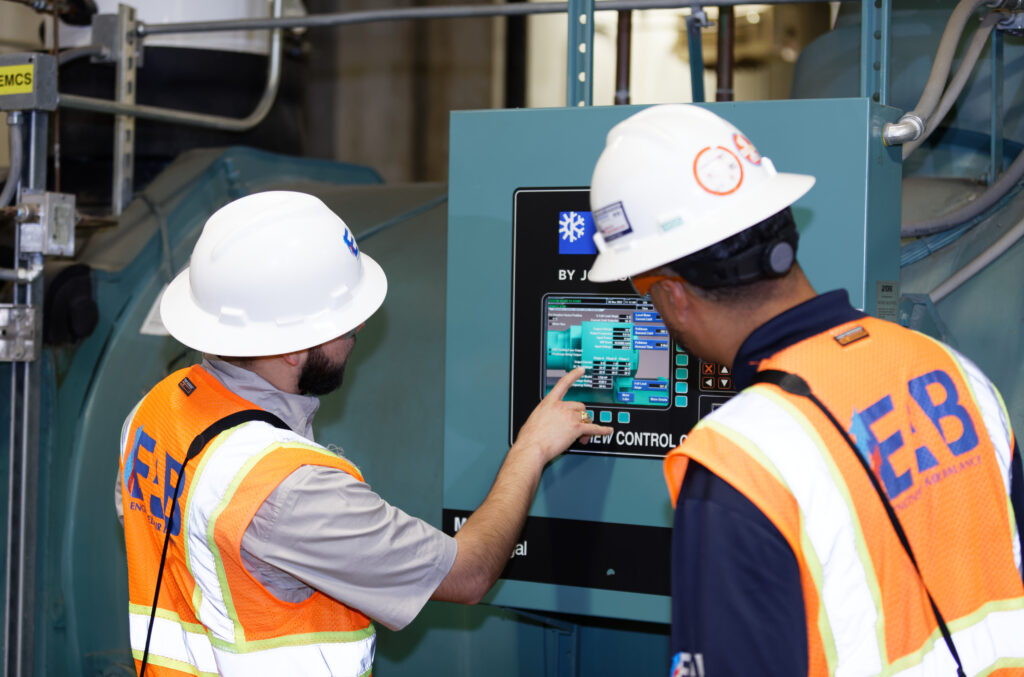 We recently worked on a major expansion of an existing hospital. Like many other healthcare facilities, they were struggling to meet the demands of the COVID-19 pandemic, which has challenged and greatly impacted our world. ASHRAE’s Position Document on Infectious Aerosols identifies multiple ventilation-related strategies for reducing exposure to infectious aerosols, including dilution, pressurization, mechanical filtration, and ultra-violet germicidal irradiation (UVGI). Healthcare environments are not typically designed to implement these strategies on a large, pandemic-level scale.

During the construction phase of the project, a modification was made to the control sequence for the three variable volume AHUs serving the new patient floors so that the hospital would have the ability to meet the demands created by this current pandemic as well as any future pandemics. HIDU Mode (Highly Infectious Disease Unit) would allow the hospital to switch the patient rooms on a floor from normal operation (positive to neutral-positive pressurization) to negative pressurization at the push of a button. The benefit of this design was twofold – the hospital could quickly increase its capacity of infectious control rooms with negative pressurization to handle increased demand, while the negative pressure cascade on the floor would allow doctors and nurses working in the interior areas of the floor to also be protected from the risk of airborne infections. No additional adjustments to the HVAC system would have to be made in the future by the facility management team or the test and balance contractor. 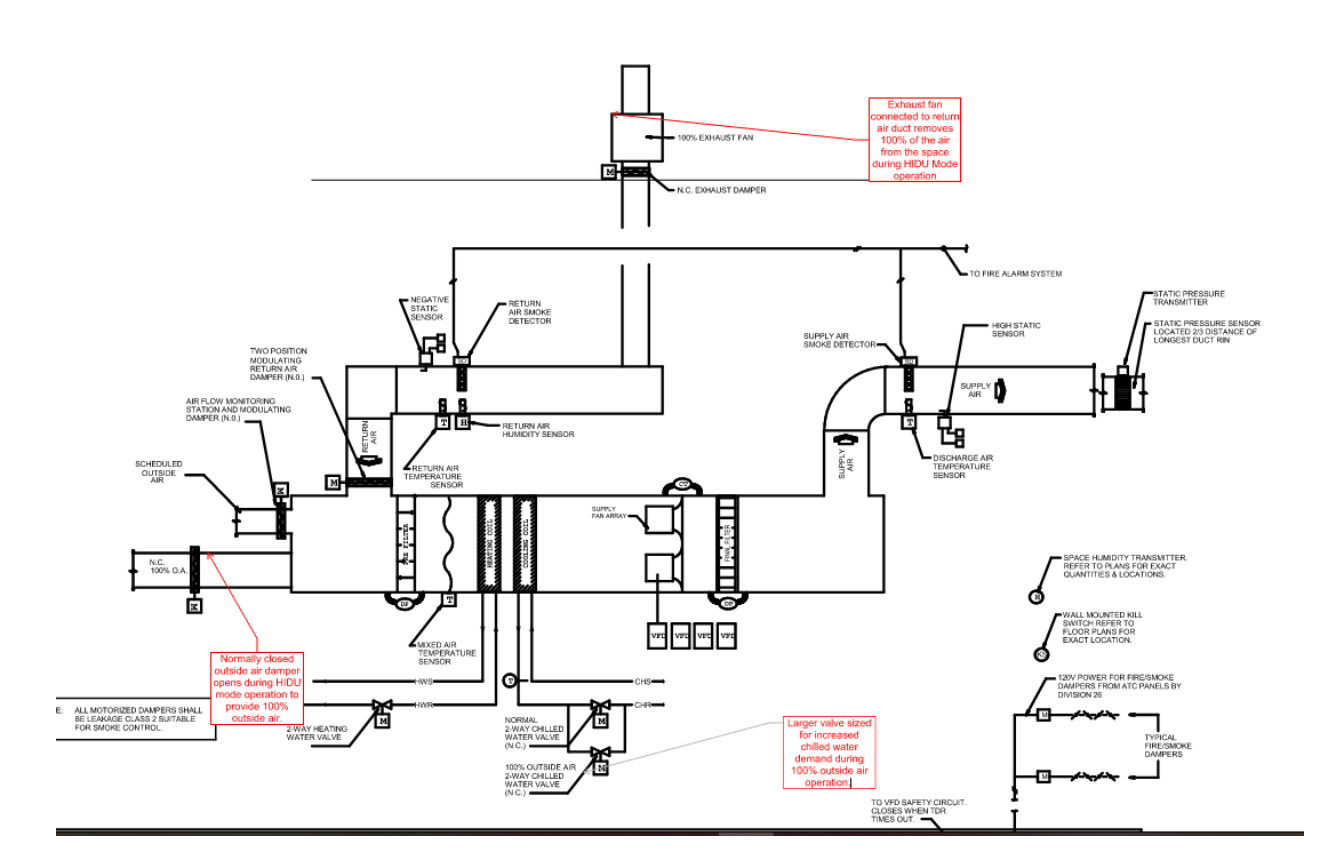 A larger outside air duct was added to the back of the AHU with a motorized damper that would open during HIDU mode for 100% outside air operation. An additional, larger chilled water control valve was added for temperature control. A dedicated HIDU exhaust fan was also installed and connected to the return duct that would pull air from each patient room. The intent behind this design was to create a negative pressure cascade from the interior of the floor to the patient rooms. This was accomplished by adjusting the terminal units serving the interior of the floor to their maximum airflow setpoints, while additional HIDU control dampers serving the return air grilles at the interior of the floor would close, forcing more air to be pulled by the exhaust fan through the patient rooms. The terminal units serving the patient rooms would continue to modulate for airflow and temperature control.

We attempted to test HIDU mode after the systems had already been balanced. We verified that each component in the HIDU mode sequence was working correctly. However, the AHU kept tripping on the low static safety (-2.5” WC). After lowering the speed of the exhaust fan, we took a static pressure profile of the ductwork and found that in the portion of the ductwork closest to the fan, we were measured -2.0” WC which met the maximum pressure rating of the ductwork. Any further increase of fan speed caused the low static safety to trip. The combination of fire smoke dampers and control dampers closing, along with many manual volume dampers being throttled 50-90% closed, added additional restriction to the system that was not accounted for in the initial design, and the exhaust fan performance was now being limited by the -2.0” WC pressure rating of the return ductwork.

After consulting with the Design Team and sharing our data, a solution was proposed to increase the capacity of the exhaust fan. The fire/smoke damper serving the shared offices on the west side of the floor would be left open in HIDU mode. This would relieve some of the restrictions being added to the system and allow for the exhaust fan to achieve the updated design airflow of 14380 CFM. After this sequence modification was proven to be successful on Level 5, it was implemented on the remaining floors and we were able to successfully test HIDU mode. We documented and confirmed that a negative pressure cascade was being maintained on the floor with all patient rooms operating with negative pressurization during HIDU mode.