One of the best indicators of whether a project will run smoothly in comparison to other projects involves the project schedule. If a project has a well thought out schedule, experience has shown that the field activities involving commissioning and test and balance will run more smoothly. EAB has been involved on projects that represent the entire spectrum when it comes to a project schedule. Some projects have spent no time creating a project schedule at all. Others created a project schedule as a deliverable at the beginning of the project, and then this project schedule is never updated again. The target fieldwork dates in this baseline schedule are not updated to reflect the all too frequent delays and pushes real world construction involves. As a result, when the CxA attempts to use the schedule for fieldwork projections, there is frequently a large discrepancy between what the scheduled dates for fieldwork indicate and the actual field readiness. What sets apart a better project team is one that updates the baseline schedule to reflect the true field readiness milestones as the project progresses. Even if it is done imperfectly, updating the schedule with major milestone date changes can greatly aid in providing projections for fieldwork.

What other items can impact the schedule of the commissioning scope of work? 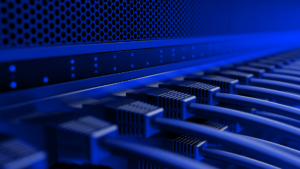 EAB has been involved on several healthcare projects for which the installation of new BAS panels is in the scope of work. Having these panels in place, started up and connected to the IT network is a finish-to-start activity for BAS point verification and, therefore, functional testing. It has been my experience that the IT drops serving these panels can be a slow process from the time the drop is requested to the time it is actually installed and activated by the institution’s IT department. Several weeks between the request and the activation of the IT drop network is quite common on several projects for which we are involved. Given the responsibility of this IT network infrastructure request is out of the hands of the CxA and in the hands of the General Contractor’s team, our fieldwork has the potential to be held up if this request is not made early enough. On numerous occasions, the date the schedule shows for startup of BAS panels is pushed because, while the panel and cabling were installed by the controls contractor, the request of the IT drop was not officially requested to account for the long lead time. This has caused the delay of fieldwork and a complete pause on an otherwise architecturally-ready project. The lesson here may be that general contractors are better at tracking physical installations that are tangible and visible than tracking seemingly invisible IT network activation timelines. We have made a recent push to expend energy on having this milestone incorporated into the project schedule with some success.

2. BAS not being connected until after all other work is done.

Along these same line of intangible construction milestones, if the project schedule does not incorporate that the BAS system is a finish-to-start activity for TAB and Cx activities, EAB has found the BAS system is frequently installed last-minute after all other physical installations are completed. This has historically delayed commissioning activities in an otherwise architecturally complete project.

Having long lead times for certain major equipment is not a new phenomenon. Project teams have been accounting for long lead time items for quite a while, even going as far as to have the design team identify long lead items in earlier design packages so the construction team can start the clock on procurement. But what can impact a schedule is a long-lead item that is missed during the early procurement phase. EAB was the CxA for a relatively small pump replacement project. The procurement of an ATS serving one of the pumps was missed during the procurement phase. EAB was brought in after the procurement phase and identified the missing ATS submittal. Due to the long procurement of the electrical equipment, the project incurred several months of delay waiting for the arrival of the ATS.

This final lesson learned involves reactions to noted commissioning issues. On a recent healthcare project, EAB noted the fan and coil unit fan motor amperages were different between the phases. Rather than immediately addressing the issue, the Construction Team held out hope that the discrepancy would be acceptable to the Engineer of Record (EOR). After much back and forth between the equipment vendor and the EOR, the direction from the EOR was to replace the motor. This could have been dealt with before occupancy; but, due to the delays in dealing with the issue early on, the occupied facility was needlessly impacted.

Not every delay to a project can be prevented. Construction projects, by nature, are frequently unique in detail and design and offer few opportunities for capitalizing on preventing delays to the current project based on what delayed an unrelated project in the past. There are some general concepts which, if kept in mind, may prevent some lost time. A strong project schedule that is kept up to date with any milestone changes is key. This provides visibility to the entire Project Team. Also important is identifying the logic ties of sources of lag in this schedule (such as in the case of IT panel activation durations). A good review of the project documents to attempt to ensure that all scope is accounted for is time well spent so that sources of procurement delay do not creep in. And finally, having the commitment from all Project Teams to deal with issues observed in a timely manner can reduce the impact to the overall project schedule.